David Bethea is Emeritus Professor of Slavic Languages and Literature at the University of Wisconsin-Madison.  He received his PhD in Slavic Languages and Literature from the University of Kansas in 1977.  His teaching responsibilities during the academic year include introductory literature in translation courses for students with no background in Russian, advanced Russian language courses, and specialized graduate seminars on Aleksandr Pushkin and other areas of Russian culture.  Professor Bethea served as Chair of the UW-Madison Slavic Department for ten years; he was also the director of the Middlebury College Russian School for nine years, and thus has extensive experience with intensive, residential summer language programs. An internationally respected specialist on Aleksandr Pushkin and his era, Prof. Bethea is the author of numerous books and articles including, most recently, The Superstitious Muse: Thinking Russian Literature Mythopoetically.

Anya Nesterchouk is a lecturer in the Department of English and the on-site director for the Pushkin Summer Institute at the University of Wisconsin-Madison. Anya is an ESL/EFL/RFL instructor with extensive experience in language training, curriculum design, and ESL/RFL teacher training. Providing students with opportunities to make lingo-cultural discoveries through a meaningful learning process is the essence of her pedagogy. She is greatly interested in developing intercultural competence at the novice level of proficiency. Her other professional interests include: Second Language Acquistion, Intercultural Education, Holistic Language Learning, Heritage Language Education, Transdisciplinary Approach to Language Learning, and World Language Immersion Camps. 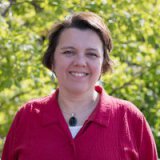 Jennifer Tishler received her PhD in Slavic Languages at UW-Madison and has taught Russian language and literature at Dartmouth.  Currently she is associate director of CREECA (the Center for Russian, East European, and Central Asian Studies) as well as a lecturer in Russian language, literature, and culture (including folklore) in the UW-Madison Department of German, Nordic, and Slavic.

Interesting Fact: I was a Pushkin student and I am very excited to continue being part of the program that helped me pick where I wanted to go to college. 6 weeks was enough to know I belong on campus.

Interesting Fact: I really like cooking and could live at the Saturday Farmer’s Market!

Brian served as the Assistant Resident Director for the 2016 Pushkin Summer Institute-Abroad, and also worked as the project assistant for the program from January 2015 until June 2016. Brian is a PhD candidate in the Department of German, Nordic, and Slavic at UW-Madison. Brian received a Master’s degree in Russian, East European, and Central Asian Studies from UW-Madison in 2016. As an undergraduate, he majored in Russian and International Relations at Carleton College and also studied advanced Russian at Moscow State University. In 2011-12, he spent 10 months living in Ulan-Ude on a Fulbright Graduate Student Research Fellowship, where he studied cultural and historical narratives in tourism.

Tiara is completing a bachelor’s degree at UW-Madison in International Studies, Russian, and Spanish. She spent the 2016-17 academic year in Almaty, Kazakhstan as part of UWMadison’s Russian Flagship Capstone Program, and has also studied abroad in Vladimir, Russia. Tiara has prior experience as a resident assistant with students studying foreign languages as well as tutoring and mentoring students.